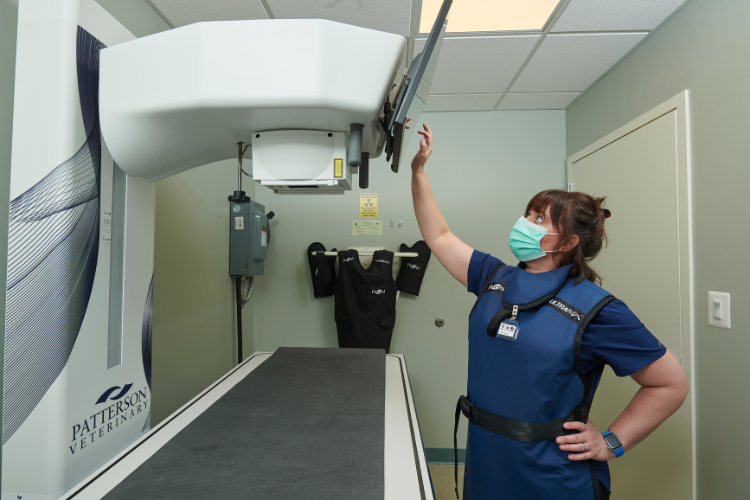 A look at encouraging numbers behind artificial intelligence

Two recent studies reveal interesting information about AI radiology vs. human radiology. Published by the American College of Veterinary Radiology, the two studies are quite different from one another but come to the same conclusion: These artificial intelligence reports are highly reliable and can be more accurate than human radiologists.

One of the two studies, at the Animal Medical Center of New York, occurred over the course of five months. The study’s design setup was such that a radiologist at AMC would have a radiologist independently review the case and write a report. The staff at Vetology would also send an AI report.

After five months, Dr. Anthony Fischetti went back and asked:

That meant Dr. Fischetti was the determining factor and what he saw was a 92% agreement for AI reports.

This is encouraging news for busy veterinary practices and – plot twist – actually outpaced human medicine, which sees approximately a 75% agreement – a 25% gap! Yet the reality is that AI did better than what you would see from a sample group of radiologists agreeing. 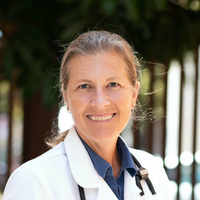 Dr. Julie Breher (pictured above) is a California veterinarian who has used Vetology AI quite a bit. Even she was pleasantly surprised by the numbers. “I think they impressed me more than I thought they would! The numbers are just so strong – and I am one of those technical readers. So I’ve pored over these – every single word in both of these articles – multiple times. What really impressed me was the specificity and sensitivity are both really, really strong.” 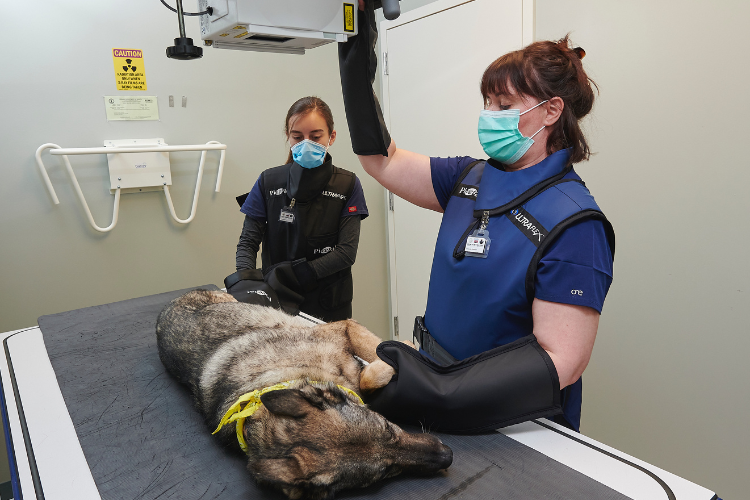 In the second study, the research department at Tufts University sent confirmed cases of pleural effusion to the staff at Vetology. In this comparison, artificial intelligence came up with an 89% agreement rate.

Dr. Breher finds the 89% agreement rate to be an eye-opener, especially when compared to human medicine.

“The Tufts study actually said that in human medicine – and they haven’t done this in veterinary medicine, they haven’t published a paper on this – one paper in human medicine listed the accuracy for detecting pleural effusion by board-certified human radiologists was between 67 and 92%. 67 is horrible! And that’s a board-certified radiologist reading human X-rays, so there should be no issue of position or quality of films, because you’re going have a radiology technician positioning the human – and usually the humans aren’t trying to urinate and bite the people who are holding us, so they’re going to be really good quality films. And still it was 67 and 92% in the human field. So to have a paper that then says this AI system is up in the high 80s to low 90s is just phenomenal.”

Dr. Breher has used Patterson Teleradiology (PTR) powered by Vetology and knows how it can save a practice time. “I love technology for utilitarian purposes. I’m a huge fan of things that make my life easier. I don’t gravitate towards technology just for technology’s sake. For me, it really has to have a purpose that’s going to make my day better.”

With PTR powered by Vetology, you get the best of both worlds in teleradiology consultancy. First, an AI report with recommendations is generated within five minutes of submission. Should you have questions, a radiologist is available for further review. While this solution is high tech, you don’t have to have high-tech skills to use it: a simple user interface gives you access to all that PTR can offer you – 100% of the time.

“As a practitioner, I always considered myself to have a toolbox I would use to manage cases and maybe lots of different toolboxes. I’d have a coughing dog and I’d get the coughing toolbox. If one tool didn’t work, I’d have to get another tool. It’s just like being a woodworker – you have to have the right tool,” Dr. Breher said.

“And so this AI – it’s another tool, it’s a big tool. It’s a big tool, but it’s not replacing anything. It’s not going to kick any other tools out of the toolbox. But it’s going to be another one that I can rely on. That turnaround speed while still being accurate is just such a big deal.”

Interested in augmenting your radiology with AI? Visit this page of our website to request more information about Vetology AI Today!