Teleradiology Gets it Right, Every Day and in Trying Times

With each appointment taking an additional 10 minutes, how can you save time in your workflow?

In the Chula Vista and San Diego area, situated in a lifestyle mall and a 10,000-square-foot dog park, Otay Pet Vets is going on its fifteenth year in practice. At the helm is Dr. Kevin Anderson, a graduate of Oklahoma State who served in the U.S. Army for 20 years. During those years, he earned his Master of Public Health degree from Tulane University with a specialty in epidemiology. Anderson is also a diplomate of the American College of Preventive Medicine.

With four additional doctors on staff, Anderson said, “We’ve grown the practice quite a bit. Macy’s is right across the street from us, which was kind of weird. And then we have a 10,000-square-foot park in front of the clinic.” On the day of our talk, the COVID-19 curve was flattening in the San Diego area, but Tijuana, right across the border, was getting hit pretty hard. So, all of the clinic’s business right now for the most part continues to be done curbside. Clients can wait in their car, but Otay Pet Vets has plenty of seating out in front of the clinic as well.

With nearly every appointment happening curbside, workflow is significantly impacted. “We’ve expanded the time for appointments and had to change how we do everything,” Anderson said. That includes staff getting their temperature taken, handwashing stations and a cleaning team that goes around to keep everything clean throughout the day. “The fire department, the police department and code enforcement – they’re all invited to check out the clinic to make sure that we’re complying with San Diego County health department mandates.” 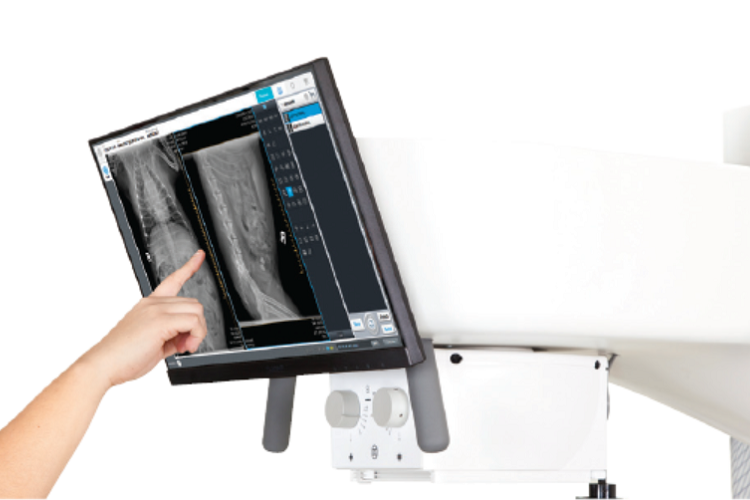 “We were fortunate to go digital from the very beginning. So, we could send X-rays up to Dr. Wallack way back then. Needless to say, that wasn’t a common practice.” Seth Wallack, DVM, DACVR, is CEO of Vetology, Patterson Veterinary’s partner in offering teleradiology services nationwide. Wallack created Vetology due to the decline in trained veterinary radiologists and the steep increase in radiology needs.

Patterson Teleradiology has two options. The first is the quickest; it puts artificial intelligence to work and is ideal for canine and feline thoracic reports. Artificial intelligence scans the image and gives you a report and recommendations within 90 seconds. The read is based on a database Wallack has amassed of millions of digital images. There are probably a couple hundred of Anderson’s cases in that database.

The second option Patterson Teleradiology offers is a review from a veterinary board-certified radiologist, interpretation and recommendation. An on-staff radiologist will review cases for dogs, cats and horses with reports guaranteed within 24 hours of submission, with STAT reports returned in four to six hours. Radiologists can be consulted for follow-up questions and counsel. This service is currently available in most states.

Otay Pet Vets is an American Animal Hospital Association (AAHA) accredited hospital – one of only 12 to 15 percent of hospitals to attain that designation. Anderson told us, “Now that we’re AAHA accredited, AAHA also highly encourages sending X-rays to a board-certified radiologist. So now we send virtually all of our X-rays to get read by Seth and his team at Vetology. Then we can make better decisions. Actually, just a few days ago we had a blockage and we sent out the X-rays; he confirmed a blockage so we could operate that same day. I pulled out some toy parts that the dog had ingested. It’s really nice when you get it confirmed that it’s a toy.”

“We’re looking at X-rays on a daily basis, but Dr. Wallack and his team have been trained for four additional years, I believe, to pick up the slightest nuance,” Anderson continued. “We’ve gotten reports quickly that tell us ‘It’s not that; you really need to look at this one for this. You’ve really got to watch out for this.’ STAT reports take about six hours at the max, typically well before that, and then most X-rays that we get read, we get them the next day.”

Anderson admits digital X-ray was pretty unusual back in 2006 but says now it’s more the industry standard. His original system was something he purchased fairly inexpensively from a defense utilization marketing office through the government. Since then, he has purchased the MinXray with the IDEXX digital plate as well as the Radmedix system.

“I can remember being in school and sitting in the radiology classes. The radiologists would point to something and everybody in the classroom would look at the person sitting next to them and say, ‘I don’t see that.’ But radiologists actually see those things and they know how to interpret what it actually means. So that helps us a lot.” 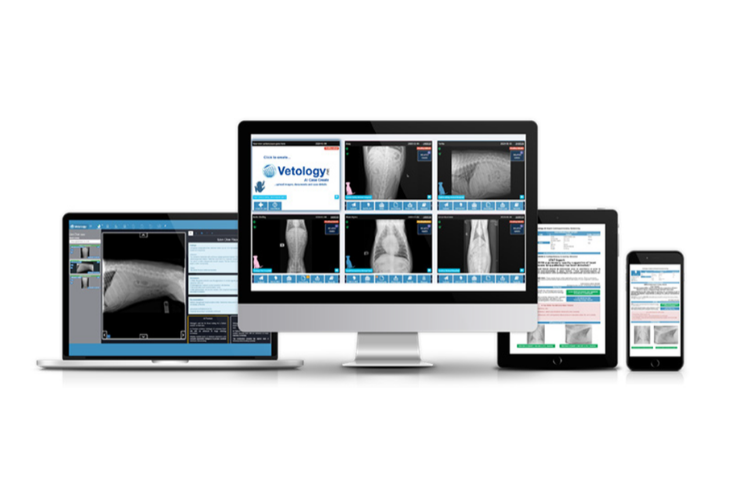 With vast changes in 2020 worldwide, it’s not just the pandemic that is reshaping the veterinary industry: Fewer radiologists are trained, fewer are teaching, more people are adopting pets, there’s an increased demand. So, it’s no surprise that being able to rely on a teleradiology service gives Anderson and his team a little peace of mind.

“The new veterinarians that I hire, they’re happy when they find out they’re not going to be totally out there just by themselves. They’re going to be able to get that X-ray read and know exactly what’s going on. We’ll get an idea and can tell the client what we think is going on, send it out, and the next day we can go, ‘Yes, it was confirmed.’”

“And by the way, so far, the abdomen looks this way or the liver is a little bit large. Then we can do additional tests to see what type of disease or if it’s the aging process. So, sometimes the report can send you down a trail to identify a secondary disease on top of the primary disease that you’re looking at.”

The confirmation of initial diagnoses doctors at Otay make is also helpful. The toy pieces that had to be surgically removed the week before our chat with Dr. Anderson is a good example. “Just like this week when I had to go in there and set out the foreign bodies. The report said it was in the proximal duodenum. And that made it a lot easier when you’re trying to locate these foreign bodies. The surgery didn’t take as long and it does make finding the item a lot quicker.”

Take the pressure off

It’s clear that Dr. Anderson recommends Patterson Teleradiology and its partner in the service, Vetology. But why, exactly? “For me, it’s a no-brainer to spend the extra money to get it read by the board-certified radiologist. It just takes that pressure off to catch every last little thing on the film. And it takes the pressure off the rest of the team members. I would highly recommend it. The Vetology staff has been amazing and has found several things which we would have missed or not thought of. And then those extra things led to additional testing and a better outcome for the patient.”