We traveled to Ashburn, Virginia to chat with Dr. Margaret Fortier at her new practice, Goose Creek Veterinary Hospital. Goose Creek Veterinary Hospital has a minimalist aesthetic with personal touches worked in. It starts with her logo, an homage to Greta, a wire-haired dachshund. “Greta was the first love of my life because she was my first dog as an adult. I got her before I went to vet school and she was with me through vet school, failed relationships, marriage and kids. When she passed away, it broke my heart. It’s my tribute to her.” 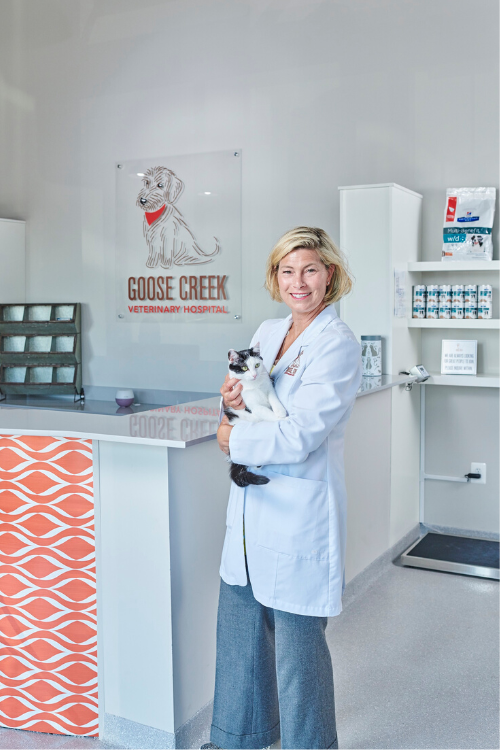 Margaret spent 10 years in a busy downtown Washington, D.C., practice, ending up as medical director. Being medical director put her in some precarious situations with both clients and associates.

“Even dealing with associates, I’m their boss in a sense, yet I have zero control over whether I can give them a raise or give them time off. It puts you in a bad situation. You’re expected to manage the other doctors, yet you’re not really in control to give them anything. I just got burned out.”

At around the same time, Margaret and her family moved from Capitol Hill to Ashburn. “I knew that I wanted to own my own place. And the first thing I did was reach out to Tim just to put out feelers.” Tim Bell is a Territory Manager who has been with Patterson for nine years. Bell was also the territory manager at Margaret’s former practice.

Margaret began to shift her viewpoint, looking at everything from an owner’s point of view versus a medical director’s point of view. “The first thing I noticed is Patterson has continuing education in areas like inventory. I thought, I’ve never had to learn that, so I’m going to start with educating myself. That’s how it started.” 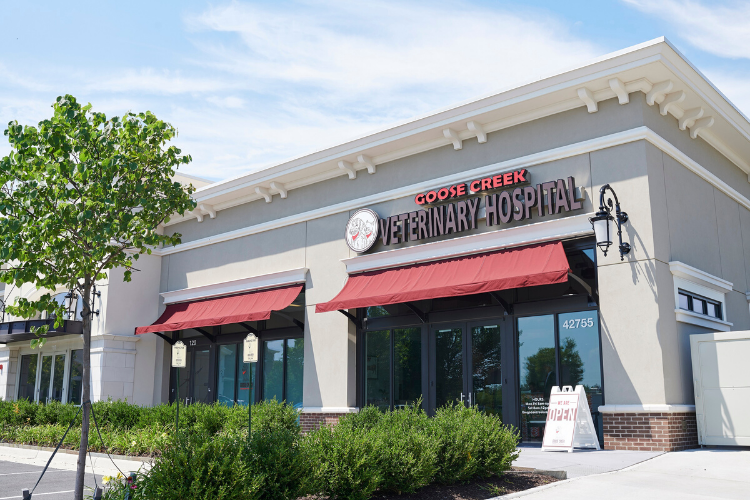 Starting to educate herself about practice ownership was job one. It was a conversation over a cup of coffee with Bell that led her to step two. “Tim told me about GPS.”

GPS is a weekend-long getaway for veterinarians to experience and learn about all aspects of opening their own practice. “I attended GPS as well as a hospital design conference in Kansas City. After those two meetings, I knew what I wanted to do,” Margaret said. “I felt like I was ready to do it in six months — which was a very naïve thing to think!”

But the development she chose for her new location was also new and moved her around from space to space, delaying her another year. “It was a blessing in disguise because I had the time to learn what I liked and didn’t like. I had time to research the suggestions that Matt gave me, much to his chagrin, because I put him through the wringer with all kinds of questions.”

Matt Fletcher is an Equipment Specialist with Patterson. His job includes knowing all about the equipment Patterson carries, how to arrange for installation and training customers on the equipment they purchase. 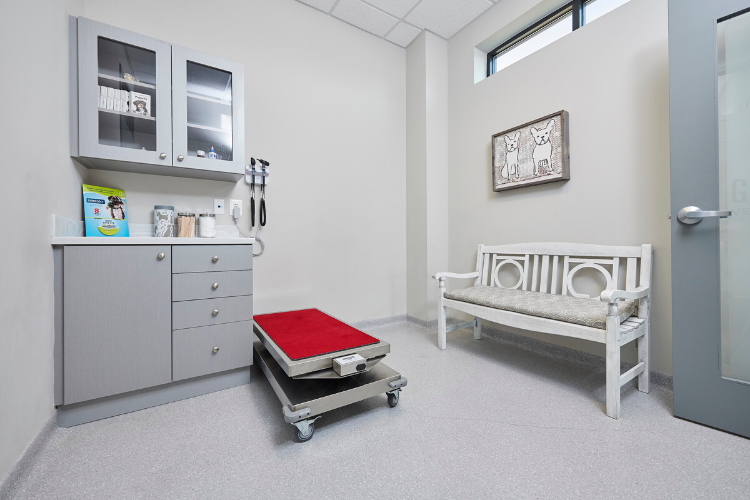 Matt Fletcher calls Margaret’s style “medical chic.” The Goose Creek office design is primarily a warm gray with pops of bright red, accented by whimsical artwork. Corian counter tops accent the cabinetry and add to the decision to invest in durability. “I tried to be selective on what I needed versus didn’t need. There were lots of tradeoffs and research. And then teaming up with Matt, he kind of opened my eyes to the different flooring types and put me in contact with the people who could provide those things.”

Margaret recently found out that she had won the dvm360 Hospital Design Competition award, one of eight awarded for 2019. “I felt validated because I am very opinionated. I know what I like, and I know what I want, and I do really enjoy design. I like minimalism and I wanted to be involved. I’m proud of what I have, and I enjoy it. It was worth all the extra work, and I think it did turn out nice. When I hear it from other people, it feels good.” 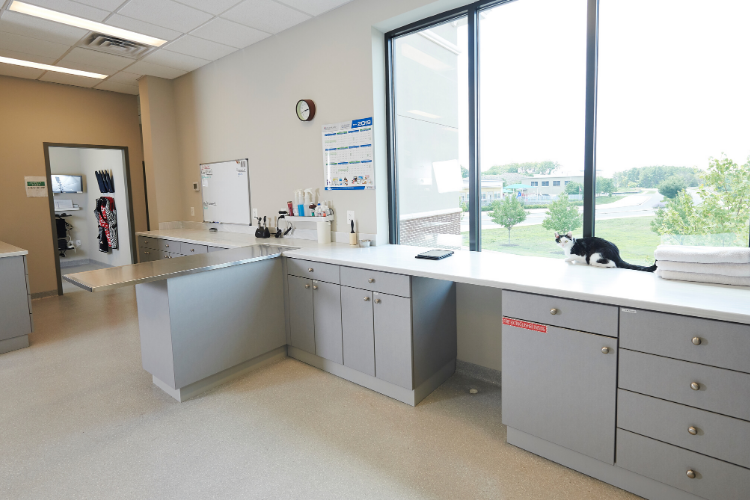 We asked Margaret how she approached making design and budgeting choices. Of the hundreds of decisions it takes to build a new practice from the ground up, cabinetry was a pivotal one for her. “You don’t really have any idea of the cost of cabinetry, especially medical grade cabinetry and the value of it.”

Margaret talked with Midmark, but she found there were limitations. Then she spoke with her contractor, who suggested she install builder-grade cabinetry and replace it as needed. That didn’t sit well with her. “I don’t like to install things that you have a short lifespan, because it’s not that easy to remove cabinetry.”

Fletcher told her about ILS, known for their medical-grade quality. “I met with them and I liked the ability to customize, I liked all the finishes and I liked the ability to mix and match,” Margaret said. “Ultimately what I did to save money was purchase the lower grade cabinets for the office and exam rooms and the more expensive medical grade cabinetry was put in treatment and around the dental table.”

“I budgeted for the nicer stuff in the treatment area where it’s going to get beat up more. I felt like that was definitely worth it.” 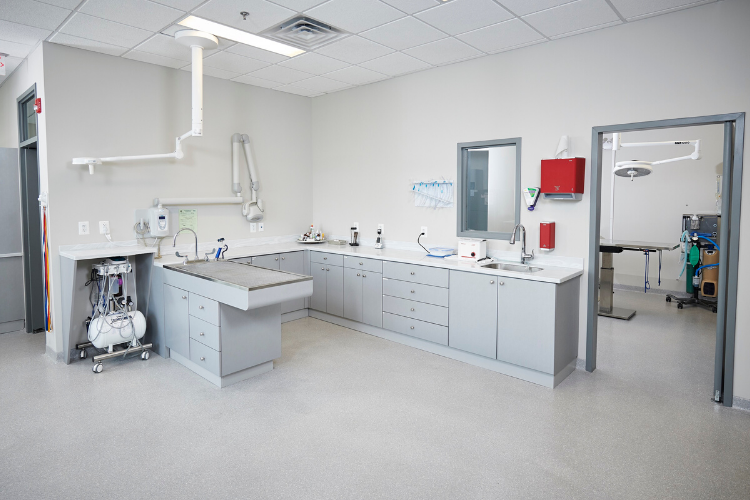 In terms of the equipment Margaret purchased for her dental suite, she said, “I do love that equipment. To me, it wasn’t an item that I could save money on.”

Dentistry is one of Margaret’s favorite things to do. We talked about how she educates her clients. “It’s difficult. I do find that you have to get to know the person well enough to understand what they want for their pet and what the limitations are. I try to remember what I’m told from the owner, and then I don’t give up. I have to communicate in a way that is not offensive. Many times, I will mention it the first time and I’ll have someone say to me, ‘I don’t’ do dentistry on my pets,’ which to me is an absurd statement. I mean, if your dog broke his tooth in half, you should do dentistry!” 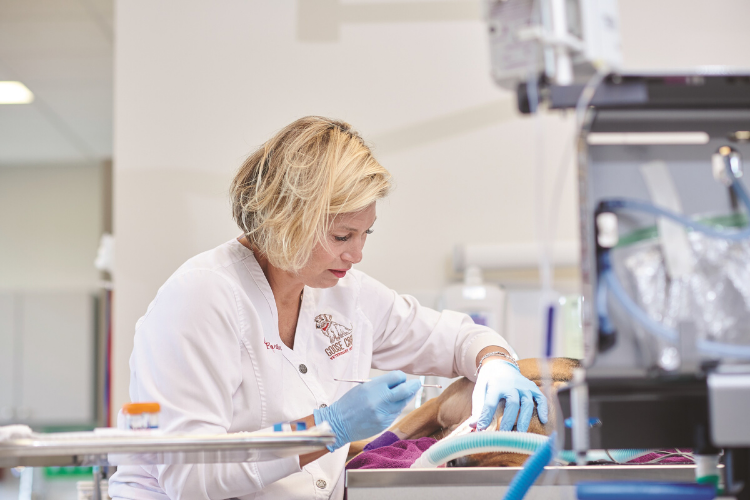 “I think a lot of people are afraid that you give them an estimate for a routine dental of $500, but if your dog happens to need 10 extractions it’s going to be $1,500 – people are afraid to take that leap. So, what I’ll tell people is, ‘I’m not really sure either. I won’t know until I do an X-ray, but I’ll meet you halfway. I won’t spend over a thousand dollars. A lot of times it works out in my favor. You know, where they’re not that bad and the teeth just fall out. And then other times I put more work in than I probably charged for. But I find that it builds trust to take that approach and then people see how much better their pet is.”

Margaret said her approach is to be attentive and to work within each owner’s needs. She has found that clients who have a good experience will refer her to their friends. “That’s what I like about working for myself. If I want to tell somebody, ‘Hey, don’t worry about it, you pay $500 and I’ll do X, Y and Z,’ I can do that. I feel like they’re happy, they tell their friends, then I get someone who can afford the gold standard, and I get that client.”

What along the process was the hardest thing? 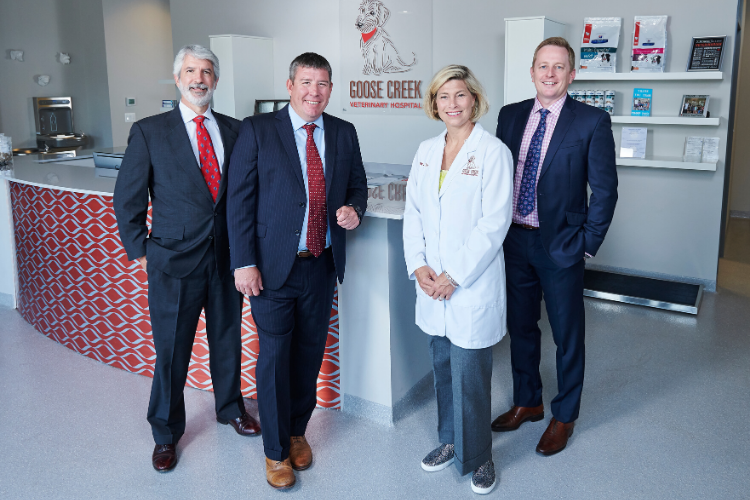 Anyone who has ever attempted a single home improvement project knows that, at the beginning, projects seem to be accomplishable within a certain timeframe and budget. You begin the project and things tend to change. So how did Margaret juggle it all?

“There were times when I panicked because I made a decision – say the flooring – and then I would rerun the numbers and worry that I didn’t have enough left for working capital. I created spreadsheets and filled in costs, then I would change costs and I could see the overall effect. But the unknown was difficult.”

Being available to oversee everything was a second challenge. During this time, having a dedicated equipment specialist like Matt Fletcher was key. He explains, “with all equipment, aim is to ensure nothing impacts the medical function it provides. I want to make sure all structures adhere to the manufacturer specs, because you want to find that out before we come in to install. Once the walls are closed, reopening them to add and adjust means a cost of time and money to the doctor. It’s part of the checks and balances program that the equipment specialist does. We come through before and during construction and work with the contractor to make sure every requirement of equipment and cabinetry is understood and is built safely, correctly and to spec.”

Margaret added, “To me, that was something I didn’t think I could do by myself. I didn’t know how to have a discussion with the contractor in a way that says you have the amperage and you have the outlets and the backing. The fact that Matt came in and did that was such a huge relief.”

What was the easiest part? 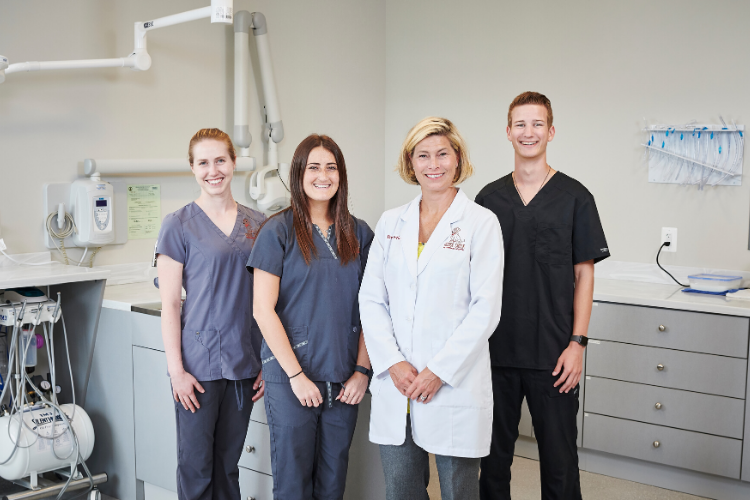 Margaret said the design was the easiest part of the project. “I enjoyed that the most. I think because I enjoyed it, it was easy for me to research. I really enjoy being organized. I like managing different things and tasks as long as I have the time.”

“You kind of have to find your niche. I think my niche is practice ownership. I like to be able to control the message to my client and I don’t feel like I could have done that as an associate and been happy long term.”

We also chatted about the good days and the bad days. What makes the bad days better? “I just love my staff. I had to hire everyone before I opened, so I was just taking a chance that everyone would gel. And we do! Everyone’s got such a team player attitude, and we’ve had some really fun days.”

Advice for other veterinarians 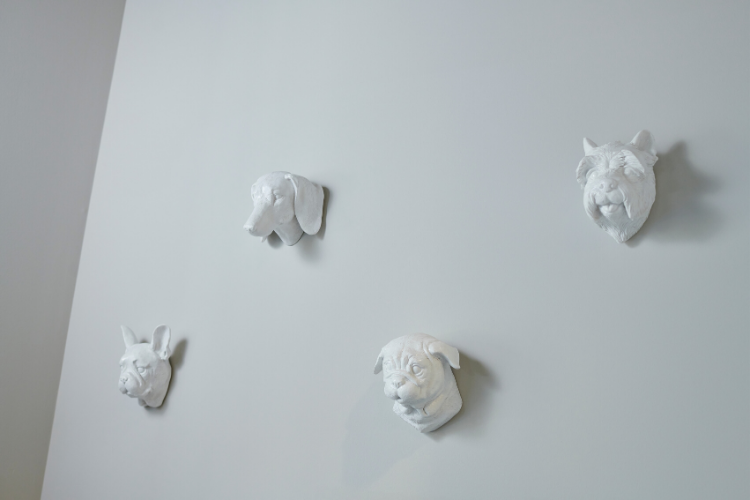 Asked for advice, Margaret said, “If you’re thinking about it, don’t be afraid. Start putting feelers out there. There’s a lot of help to be had. That’s what surprised me. There’s this whole world of people out there that are willing to help. I felt like the more people I built relationships with, the more people were there to help me.”

“I just wasn’t afraid to ask for help. That was my philosophy. I just said, you know what, I’m not apologizing to anybody. I’m going to call and I’m going to ask and I’m going to keep putting feelers out there. If they don’t want to help me, it’s not going to bring me down. That’s what I would tell somebody: If you’re interested at all, start asking and start looking because you can make it happen. It may not happen exactly as you see it. But there are people that are willing to help you.”

How does it feel to walk through the doors of an award-winning office every day? “I love it. I couldn’t be happier. It’s exactly what I want to be doing. I enjoy every day. It’s a lot of work – stuff that I don’t think you could ever imagine unless you do it. But I don’t see anything that would make me happier.”

You can read the full, original article in the Fall 2019 issue of Patterson Today, here! There, you’ll also be able to see Goose Creek’s facility layout to-scale, and view their full list of equipment and technology.