Jasper’s Journey: A Story About Separation Anxiety and Committed Caretakers

Driving home to Albuquerque Richard had his eyes on the road while his wife Diane took in an outrageously beautiful New Mexico sunset. That’s when she saw movement on the roadside. Rather than a tragic accident this was a blessing, and for more than a canine waif. Diane had struggled with depression for years. Following the death of their dog several months earlier, her condition had worsened. Her doctor increased her antidepressant dose - a necessary adjustment that only partially alleviated her hopelessness.

That stray dog wasn’t injured but he was dehydrated and malnourished. “Jasper”, who looked for all the world like a purebred beagle, became Diane’s and Richard’s new dog. They cared for his immediate medical needs and then brought him into their home. Diane’s wellbeing started rounding a corner that day.

Jasper turned out to be a fun little guy but, like many canine castaways, he came with behavior challenges. When home alone he barked and yodeled, chewed the furniture, defecated on the carpet, and scratched the nice wooden door. On his better days he tossed the house like a completely irresponsible burglar. He thrashed and trashed his cage, frantically biting the bars, lacerating his lips, and fracturing an incisor. Jasper made so much racket that the neighbors offered to baby sit. Chaos reigned. Ungrateful dog? Ah, no.

Separation anxiety is the second most common canine behavioral condition1, research showing that it affects up to 17% of dogs in the United States.2, 3 Urine and fecal soiling may occur daily. Neighbors complain about near-constant barking and crying. Believing they’ve “tried everything”, grieving dog lovers have rehomed, and in some cases, euthanized.

My first responsibility to this committed but beleaguered couple was to dispel their private logic. Jasper was not punishing them for leaving him alone. Passive-aggressive motives are human foibles. Dogs live in the moment; they do not scheme and plot the demise of their leaders.

Separation anxiety is not simple. If we’re going to succeed we need buy-in from our clients. Video technology can help us engage their empathy, making it possible for us to educate them. I asked Diane and Richard to shoot a video of Jasper during a 20-minute trial absence. As we watched it together I showed them the subtle indicators of escalating panic. When they understood the challenge they were ready for tailored, research-based treatment. All possible physical influences had to be identified and managed at the start. Beyond his fractured incisor Jasper’s exam and lab profile were normal.

It is essential for dogs to relax in their owners’ absence.4 Jasper’s treatment plan started with antianxiety medication but there was no time wasted in changing Diane’s and Richard’s management methods. I kindly but firmly laid down the law on confinement: crating was no longer an option. Jasper needed choices. To improve his long-term wellbeing a dog door would allow him to move about more freely.

I also explained that Jasper would benefit from a canine-specific structure. Like the leaders of a free-living group of dogs, Richard and Diane were to completely ignore as they prepared to leave, as they walked out the door, and when they returned. Quiet reinforcement for calmer behavior would help their operant learner catch on.

Canine vandals aren’t bored; they lack opportunities to do what dogs are genetically programmed to do. In nature, they don’t eat from bowls but from carcasses. Diane and Richard could have heaved road kill into their living room as they left home but I recommended food-dispensing toys and puzzles like a Twist ‘n Treat, a Kibble Nibble, or a Food Cube. Their beagle would scavenge for survival, much like a real dog. He would learn by repetition that, as his reliable leaders headed out the door in the morning, his opportunity to eat would appear-every time. Jasper soon focused his brain, paws, tongue, and teeth on prying loose his sustenance. Follow-up videos showed him hard at work.

Antianxiety treatment is essential to a good prognosis.4 A multi-centered, double-blinded, placebo controlled study was conducted in 229 dogs for 70 days to compare Reconcile® (fluoxetine) chewable tablets to a placebo control.5 After 8 weeks 73% of dogs receiving Reconcile with behavior modification showed significant improvement, compared with only 51% of dogs receiving behavior modification alone.

A 4-week delay in the onset of medication effectiveness should be expected. To make this easier I urged Richard and Diane to drop Jasper off at doggy daycare on their way to work for the first month. They fed him exclusively from food toys during evenings and weekends. Once the whole family was in lock step with their new daily routine Jasper was a calmer boy. His angst diminished further with soothing music called Through a Dog’s Ear.

After Jasper was ready to stay home alone he got good and tired from his food procurement labors. He stopped assaulting his people with over-the-top exuberance when they returned home. The house was no longer getting trashed. Diane and Richard felt a lot better. It’s good to have a dog.

Pet parents who see results like this keep their dogs and their veterinarians hold onto their patients. Thorough medicine can make winners of everybody. 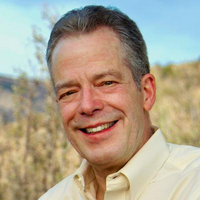 Dr. Nichol completed his undergraduate studies and graduated from veterinary school at Michigan State University. He has been a veterinary hospital owner and has practiced general and behavior medicine throughout his career.

Dr. Nichol completed his residency through the American College of Veterinary Behaviorists in 2015 and became certified by the IAABC in 2019. His current practice, located in Albuquerque, New Mexico, is limited to the diagnosis and treatment of behavior disorders. Medical comorbidities are a common feature in his case load.